(name is subject to approval of BC governmental authority)

“Act” means the Societies Act of British Columbia as amended from time to time;

“Board” means the directors of the Society;

“Bylaws” means these Bylaws as altered from time to time.

“Employee Housing” means the 186 rental units to employees(3m high, 804sqft/unit). These units will provide a 10% discount on the market price in the first 10 years of opening day, to first meet the need of this "Society" employer member. West Vancouver rental market price will be defined by WVS or DWV. The members we are looking forward to include WVS, DWV, firefighters, police, and Lions Gate Hospital (LGH), etc.

"Existence Duration", means the duration of this “Society” is 10 years from the opening date. When the 10-year period expires, this discount will be canceled, these units will be rented out at the then market price, and this "Society" will be dissolved.

“CHS” means Cedarliving Housing Society, which is the operator of the entire Cedarliving Community.

“WestVan Employee” means full-time employee who remains or intends to work or live in a stable long-term within the municipal District of West Vancouver.

“WestVan Employer” means any entity including organization or corporation which has at least three full-time employees working or living within the municipal district of West Vancouver.

1.2 The definitions in the Act apply to these Bylaws.

Conflict with Act or regulations

2.1 Any WestVan Employer who intends to assist its employee(s) in seeking rental arrangement in the Cedarliving Community may apply to the Board for membership in the Society, and it then becomes a member on the Board’s acceptance of the application.

2.2 530 Real Estate Investment Inc.(530REII) and West Vancouver Schools (WVS) are the initial member of the Society.

2.3 Every member must uphold the constitution of the Society and must comply with these Bylaws.

2.4 The amount of the annual membership dues, if any, must be determined by the Board.

Time and place of general meeting

3.1 A general meeting must be held at the time and place the Board determines.

3.2 At a general meeting, the following business is ordinary business:

(a) adoption of rules of order;

(b) consideration of any financial statements of the Society presented to the meeting;

(c) consideration of the reports, if any, of the directors or auditor;

(d) election or appointment of directors;

(e) appointment of an auditor, if any;

(f) business arising out of a report of the directors not requiring the passing of a special resolution.

3.3 A notice of a general meeting must state the nature of any business, other than ordinary business, to be transacted at the meeting in sufficient detail to permit a member receiving the notice to form a reasoned judgment concerning that business.

3.4 The following individual is entitled to preside as the chair of a general meeting:

(a) the individual, if any, appointed by the Board to preside as the chair;

(ii) the vice-president, if the president is unable to preside as the chair, or

(iii) one of the other directors present at the meeting, if both the president and vice-president are unable to preside as the chair.

3.6 Business, other than the election of the chair of the meeting and the adjournment or termination of the meeting, must not be transacted at a general meeting unless a quorum of voting members is present.

3.7 The quorum for the transaction of business at a general meeting is 3 voting members or 10% of the voting members, whichever is greater.

Lack of quorum at commencement of meeting

3.8 If, within 30 minutes from the time set for holding a general meeting, a quorum of voting members is not present,

(a) in the case of a meeting convened on the requisition of members, the meeting is terminated, and

If quorum ceases to be present

3.9 If, at any time during a general meeting, there ceases to be a quorum of voting members present, business then in progress must be suspended until there is a quorum present or until the meeting is adjourned or terminated.

Order of business at general meeting

3.12 The order of business at a general meeting is as follows:

(a) elect an individual to chair the meeting, if necessary;

(b) determine that there is a quorum;

(d) approve the minutes from the last general meeting;

(e) deal with unfinished business from the last general meeting;

(f) if the meeting is an annual general meeting,

(i) receive the directors’ report on the financial statements of the Society for the previous financial year, and the auditor’s report, if any, on those statements,

(ii) receive any other reports of directors’ activities and decisions since the previous annual general meeting,

(iii) elect or appoint directors, and

(iv) appoint an auditor, if any;

(g) deal with new business, including any matters about which notice has been given to the members in the notice of meeting;

3.14 The chair of a general meeting must announce the outcome of each vote and that outcome must be recorded in the minutes of the meeting.

3.15 Voting by proxy is not permitted.

Number of directors on Board

4.1 The Society must have no fewer than 3 and no more than 15 directors.

Election or appointment of directors

4.2 At annual general meeting, the voting members entitled to vote for the election or appointment of directors must elect or appoint the Board.

4.3 As long as 530REII remains a member of the Society, it is entitled to nominate one director to the Board.

Directors may fill casual vacancy on Board

4.4 The Board may, at any time, appoint a member as a director to fill a vacancy that arises on the Board as a result of the resignation, death or incapacity of a director during the director’s term of office.

4.5 A director appointed by the Board to fill a vacancy ceases to be a director at the end of the unexpired portion of the term of office of the individual whose departure from office created the vacancy.

5.1 A directors’ meeting may be called by the president or by any 2 other directors.

5.2 At least 2 days’ notice of a directors’ meeting must be given unless all the directors agree to a shorter notice period.

Proceedings valid despite omission to give notice

5.3 The accidental omission to give notice of a directors’ meeting to a director, or the non-receipt of a notice by a director, does not invalidate proceedings at the meeting.

5.4 The directors may regulate their meetings and proceedings as they think fit.

5.5 The quorum for the transaction of business at a directors’ meeting is a majority of the directors.

Resolutions in Lieu of Meetings

Election or appointment to Board positions

6.1 Directors must be elected or appointed to the following Board positions, and a director, other than the president, may hold more than one position:

6.2 As long as CHS or WVS remains a member of the Society, one of the directors nominated by CHS or WVS shall be appointed to the position of president of the Board.

6.3 The president is the chair of the Board and is responsible for supervising the other directors in the execution of their duties.

6.5 The secretary is responsible for doing, or making the necessary arrangements for, the following:

(a) issuing notices of general meetings and directors’ meetings;

(b) taking minutes of general meetings and directors’ meetings;

(c) keeping the records of the Society in accordance with the Act;

(d) conducting the correspondence of the Board;

(e) filing the annual report of the Society and making any other filings with the registrar under the Act.

Absence of secretary from meeting

6.6 In the absence of the secretary from a meeting, the Board must appoint another individual to act as secretary at the meeting.

6.7 The treasurer is responsible for doing, or making the necessary arrangements for, the following:

(a) receiving and banking monies collected from the members or other sources;

(b) keeping accounting records in respect of the Society’s financial transactions;

(a) by the president, together with one other director,

(b) if the president is unable to provide a signature, by the vice-president together with one other director,

(c) if the president and vice-president are both unable to provide signatures, by any 2 other directors, or

(d) in any case, by one or more individuals authorized by the Board to sign the record on behalf of the Society.

PART 8 – POWERS AND DUTIES OF THE BOARD

The following matters are solely subject to the decision of the Board:

8.1 The board of directors will determine the distribution plan of these 186 employee housing units with discount.

8.2 The board of directors shall assist members' employee in applying for rental arrangement within Cedarliving Community, and determine the specific requirements and specific applicant to be qualified as a resident of the Cedarliving Community. Among these housings, if there is an unit that has been allocated to a member one time vacancy for more than 3 months, or a cumulative vacancy for more than 9 months, 530REII will take back the unit and rent it to any tenant at any market price.

8.3 The staffs of the Society sign the services agreements with the qualified residents, under the board's decision and the agreements with Owner, Operator, and property manager.

8.4 The Board may, at the voluntary act of a West Vancouver Employee, act as the dispute resolution mediation body, to deal with complaints and disputes filed by residents against the operator of the Cedarliving Community related to his/her living terms and conditions in Cedarliving Community. A decision of such mediation is not binding on both parties of the mediation. 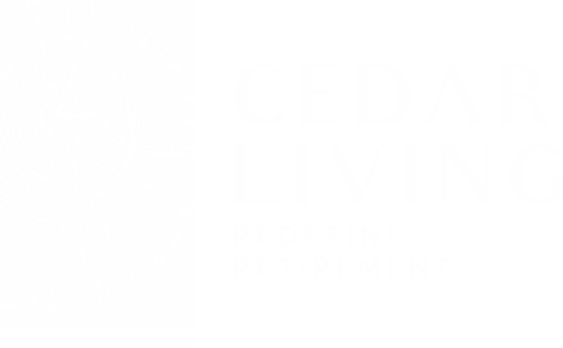